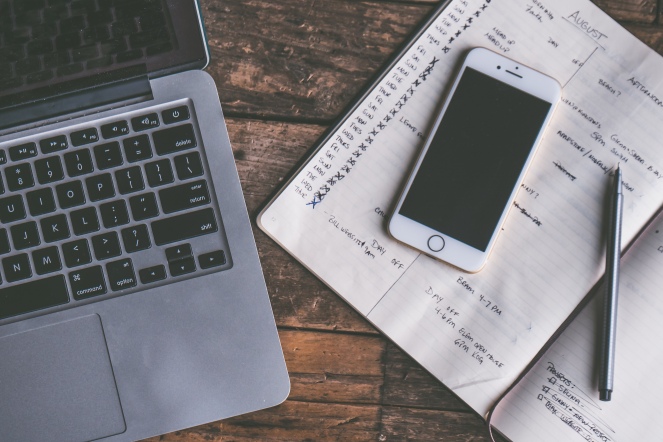 I have this habit of filling my schedule with five million things and then, right before I dive into my day, I pause for a brief moment to ask God, “But what do You what me to do?” As if I’ve left room for Him to interject His thoughts…

The great thing that’s been happening lately is that His responses have brought me loads of peace.

Like yesterday, I was thinking, “Ok, I’ve got to spend all morning running back and forth between schools, going to parent-teacher conferences. Geez. I’d really just like to write an awesome blog post that lots of people read. I mean, wouldn’t that be a better use of my time?”

But the thing is, I’m usually a really bad judge of what things are worthy of my time, because I also have a tendency to say things to myself like, “If this blog post doesn’t have x-number of views within 24 hours, then it wasn’t worth spending 3 hours to write.” When I say things like that, I am overlooking the fact that my blog post brightened one person’s day, gave them a reason to keep hoping, revealed a glimpse of God to them. And that one person was and is worth 3 hours of my time.

Why do I tend to judge my own success based how many likes, clicks, or shares I receive instead of how diligently I’m following God’s plan for my life?

I don’t know. But, yesterday when I was doing my hair and telling a kid where his lost shoe was and applying makeup and packing snacks in backpacks, I paused and said, “God, what do you want me to do today?” Honestly, I halfway hoped He’d say something like, “Rush through those conferences so you can hurry home and write something awesome.”

What He did say was simpler, yet more profound. “Go to the conferences.”

And I’m standing there with the mascara wand poised above my eyelashes, staring 10” away at my own reflection, wondering, “And what else?”

I know not everyone believes in God’s intervention in their lives like I do- like, I hear God speak to me in things written on the back of semi-trucks and I see signs in the timing of events and words I hear random people say in the aisles at WalMart. Maybe that makes me cuckoo? Or maybe it means I’ve got faith? Who knows? But yesterday as soon as I accepted that my day should begin with a whirlwind of conferences- and that these plans I’d made had received God’s blessings- an idea for a blog post struck me.

And, again, this is where I might be cuckoo because I can tell when a writing idea hits and it’s from my own head (and those usually don’t pan out well) vs. when an idea from God is put in my head. FYI- those receive more views, comments, retweets, etc- and they do more good than me just writing something to produce content.

So, I was instantly grateful. “Thanks, God. That was cool how You gave me that idea as soon as I accepted Your simplistic plan for my day.” I received peace. And God had blessed my plans and given me an extra helping of patience. I enjoyed the conferences and was blessed to spend a few extra minutes with each of my sons, admiring their work, and being silly at lunch with my daughter who decided to come home and snuggle up for a nap with me. Then, when my sons got home, that peace was still there, along with a rarely felt extra large helping of patience, and I stayed outside with my kiddos all afternoon. This wasn’t what I had planned for my day- it was way better. (And I still managed to write a blog post.)

I suppose my point in sharing this is 1) to remind myself to ask God what He wants for me and to listen to what He says, and 2) to encourage you to do the same.

Hands down, one hundred times over, anything God’s asked me to do has far out-succeeded anything I’ve come up with on my own. My worrying about how to build my career is foolish. God marks my path. He measures my success before He lavishly pours it out on me. My best efforts produce a drop- His fill an ocean.

And that’s a fact for all things in life. Parenting. Spousing. Careering. Lifing in general. He’s got better things planned for me and you than we’ve got planned for ourselves. So, let’s ask Him what He wants. Let’s listen to what He says. Let’s have peace that He knows where He’s taking us and that’s it’s a good place to be, far better than where we could ever venture on our own.